Record your own demo track in a professional live studio environment with a highly experienced Musician/Lecturer/Recording artist/Producer and Engineer.

This workshop offers  intermediate/advanced students the opportunity to experience a live recording environment, understand the techniques involved, and give them a head-start in learning how to feel comfortable in the studio.

Have the confidence to know what to ask for and to ensure that you are happy with the results of your hard earned practice.

“Recording my first CD over two days in a cold chapel in Eastbourne taught me more about the finer detailing of my playing than 4 years study at the Royal Academy of Music. Every aspect of the music, the clarity of technique coupled with the tones and timbres that I produced became augmented due to the microscopic detail of the microphones. As a result of that experienced, I became a much better and more appreciative musician.” Andrew Keeping

Andrew Keeping has been a performing Concert Guitarist for over 30 years, and as a session musician and recording artist has worked with some of the industry’s most lauded producers and engineers, in some of the most famous recording studios around the world. Six years ago Andrew decided to try to record an album of his own playing, and started to build his own home recording studio. During this process he learnt from many of the mistakes he naively made and studied hard to strive to find the perfect sound to reproduce on a recording. Many of the hours spent experimenting with microphone placement techniques, and how to use  different equipment efficiently, along with the years of invaluable tips obtained from the industries greats, has given him a great insight into understanding all aspects of the recording environment. Andrew has gone on to record professionally all genres of music with his fully equipped live studio.

Andrew feels that there is both a desire and a need for students to have a positive appreciation for recording work, as this is quickly becoming an invaluable and more accessible part of the music industry. As a form of self-promotion through sound bites sent worldwide on Websites, Soundcloud, Facebook and You Tube, the home recording studio and more affordable recording equipment is allowing musicians to reach a much wider audience with complete control over their own results. 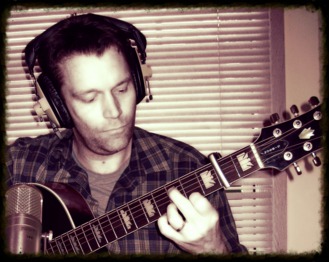